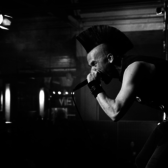 By now Disturbance is one of best known and longest surviving punk bands from the Netherlands. The band is a four-man formation, consisting out of Rob (vocals), Dim (guitar), Joz (bass) and Jo (drums).

They play their own style of punk, inspired by 82 streetpunk and UK 77 style, touching the psychobilly and anarcho scenes lightly. In their lyrics you find questions, criticism and proposals about social, political or religious subjects and the values of punk and DIY.

Disturbance has been around since the mid-nineties, and has built a vast list of gigs playing from Berlin festivals to London pubs to Thessaloniki squats. They’ve played with most of the bands from the dawn of punk like Conflict, The Casualties, GBH, The Exploited, The Adicts, Cockney rejects, UK Subs, Sham 69, The Partisans, Varukers, The Restarts and Abrasive Wheels to name a few. |

Several tours have been done, reaching from Germany to Croatia, from Scotland to Italy, and as cherry on top Disturbance did a 10.000 kilometre tour throughout China playing from Beijng in the north, to Hong Kong is the deep south by train.

Disturbance have brought out 2 full albums on vinyl and cd (Malice in Slumberland by German label street music and Shades of Fear by French label DirtyPunk) and one vinyl split with the French Burning Lady. Besides from that they appear on several samplers, like a Indonesia compilation by Treath Records, a sampler in Equador and the recent ‘punks not deaf’ compilation, an all dutch cast of punk-bands from the beginning of punk in Holland.