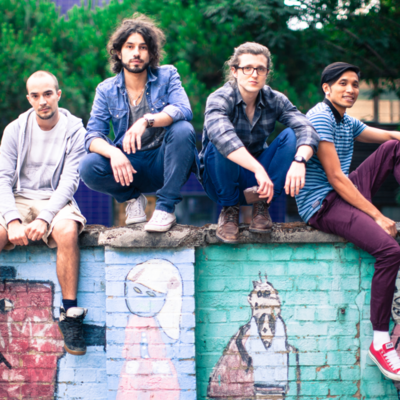 The Curious Incident - "Quite Naked" Tour

The Curious Incident will be performing their eclectic Indie-Rock with a Caribbean Twist including favourites such as Your Sister, Money, Everybody and Eating Sunshine. DIY MAG called the music a "Pure Blast of Vitamin D" and TimeOut London referred to the band as "Local heroes" so you are guaranteed an epic night of upbeat tunes and good vibes whilst meeting like-minded people.

This is the first full band show in the UK in 2020 and the start of the "Quite Naked" Tour.

Andy John Jones oozes soul with his jazz-infused rock which has seem him winning over strangers whilst busking in the streets of Westminster.
"This guy is going to be huge. Pay attention now...tell your friends..."
(Go West Creative)

Harri Pick and her band from London churn out indie-rock earworms dripping with Harri's moreish vocals.

Reme, pronounced ‘Reh-Meh’, was a Spanish au-pair that lived in London back in the 70’s. Now, a band is named after her. With Royal Cape, the quartet releases their first single, displaying a colourful, spacey and melodic sound.
This will be the band's first show together after having cut their teeth in the industry and in other bands. Their upcoming EP is a treat for fans of The Last Shadow Puppets and Miles Kane.